Inspired by an artist residency I applied for but likely won't get, I have a recent interest in tinkering with procedural forms. Here are some procedural solids I rather like, formed by rotating a Poisson distribution around the y axis.

The Poisson distribution gives the probability of the number of independent events that occur in a given time or space. It's possible I first encountered it in Gravity's Rainbow where it describes the probability of a V2 rocket falling on a given section of London, and, correlatedly, the protagonist Slothrop's sexual conquests. 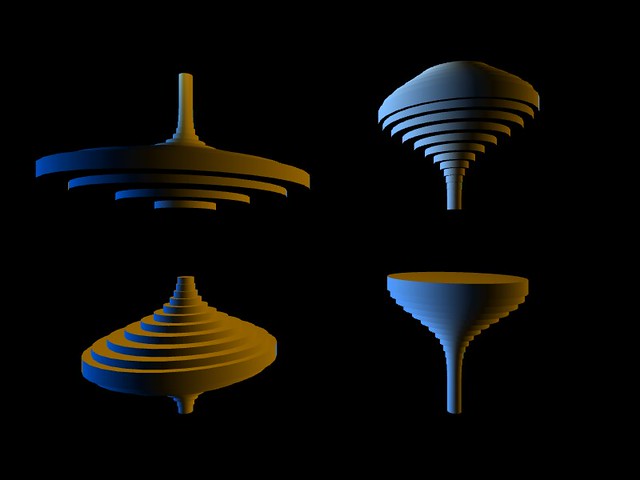 I happen to like these shapes a lot, and I can see fabricating them into bud vases or small tumblers. If you enjoy them as well, don't miss the 3D version where you can interactively change the parameters and rotate the shape.

Along the way, I found a handy iterative algorithm for computing the Poisson distribution which avoids dividing by the factorial.

Because the Poisson distribute is discrete (only defined for non-negative integers), A zeroth-order interpolation gives the stairstep appearance. I could do higher-order interpolations, but I'd rather move on to experiments with continuous distributions like lognormal. Here's an orthographic projection where the profile shapes are easier to see: 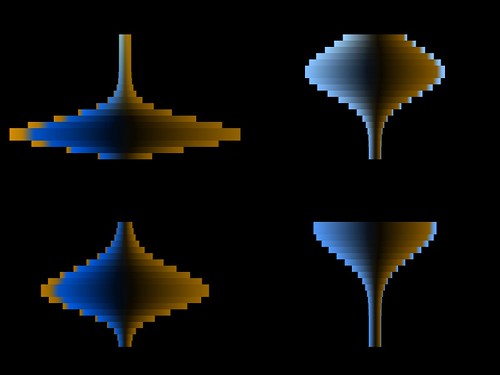