A client is having a tough time tracing down a static electricity problem, so I built one of these little electroscopes designed by Alan Yates (@vk2zay). Premade boards are available here from the wonderful Osh Park, and here a link to the electroscope parts list. Here's Alan showing how it works with a DIY electret.

An electroscope measures electric fields or their change. This design is a fairly simple circuit: three cascaded amplifiers formed by simple bipolar transistors. Each transistor stage has a gain of (I'm guessing) about a hundred, so the cascaded combination should have a gain somewhere around a million. So this is easily sensitive enough to detect the changing electric fields of someone walking by.

Here's an example: you can charge up a glass rod by rubbing it with fabric: this literally rubs electrons off the fabric and leaves the rod with an excess of electrons for a negative charge. Because glass is an good insulator, it will maintain the charge for a while. The ability of friction to give materials a charge is called the triboelectric effect and it's been known since antiquity. (In fact the word "electricity" derives from the Greek word for amber, _ lektron_, which has a high triboelectric effect.)

Here I've rubbed some electrons off my cat (cat fur is high on the positive side of the triboelectric series). As I bring the electroscope towards her, the orange positive led lights. 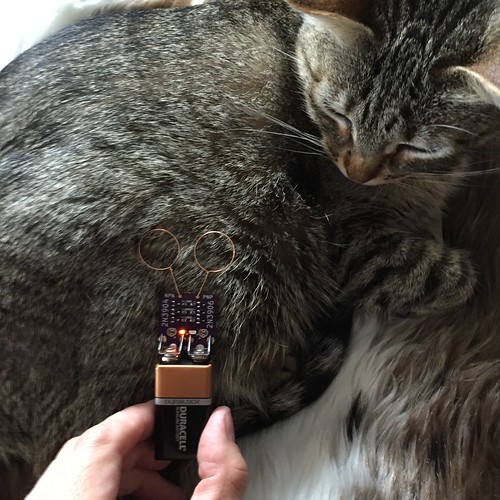 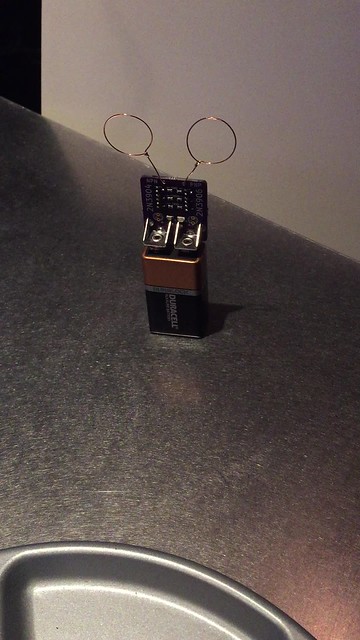 Oh, and pretty soon I had to abort the experiment, as the cat wanted to bite the shiny antennae: 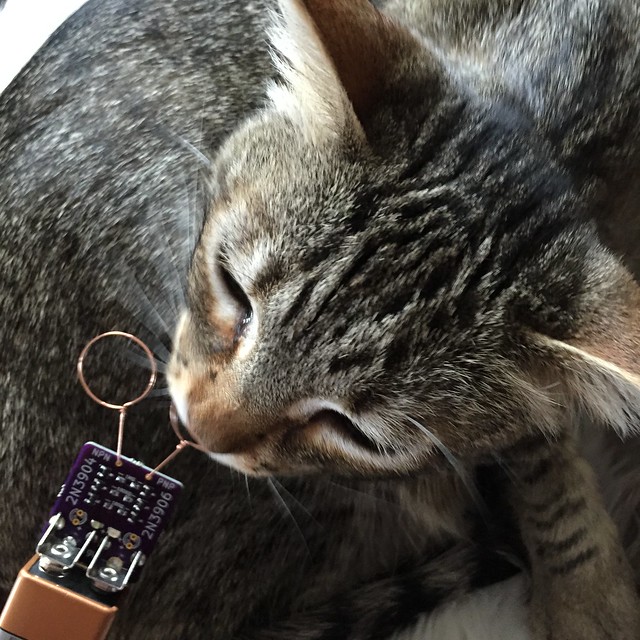